10 mouthwatering dishes you have to try in Armenia 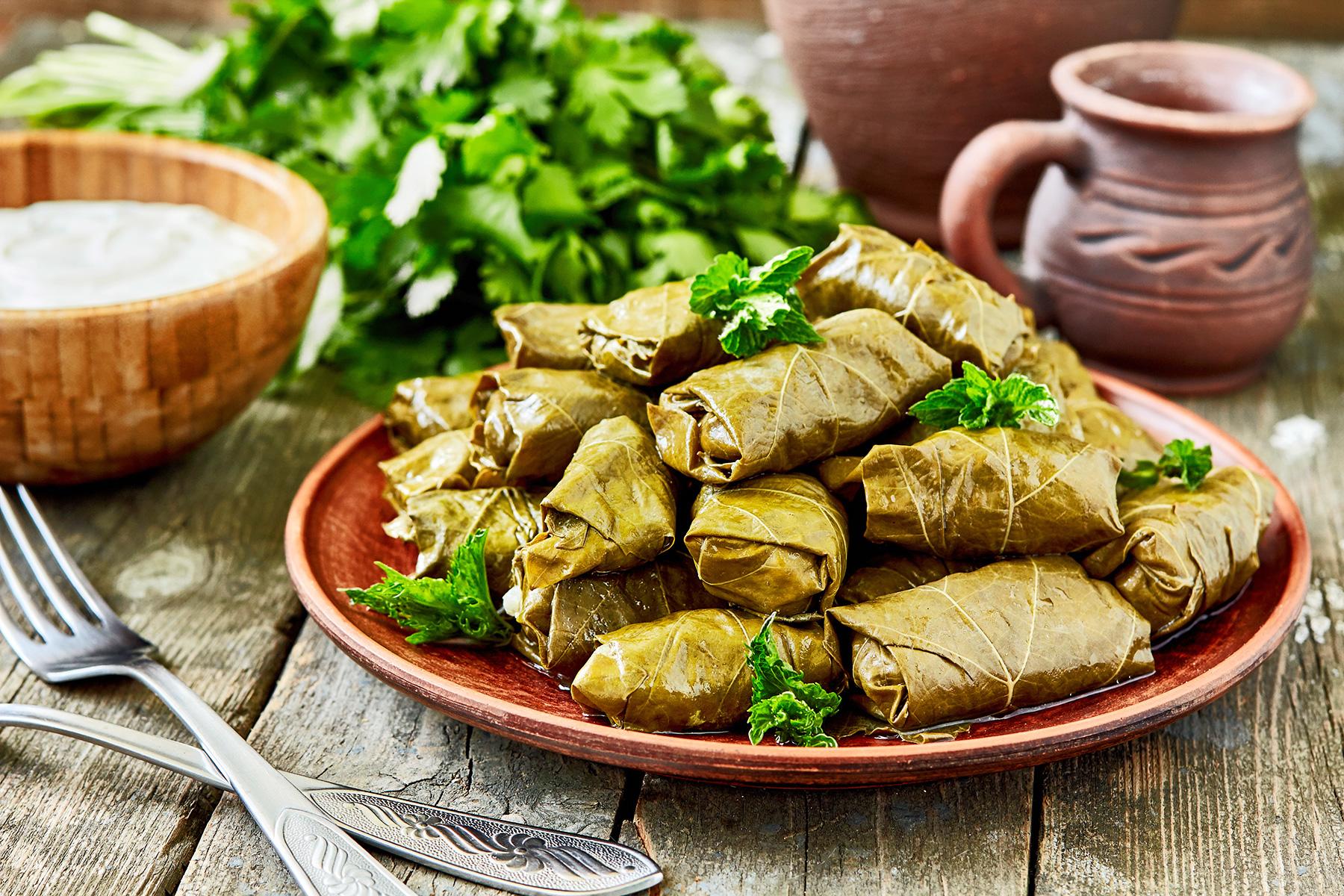 Armenians have manti, little boats, usually stuffed with ground lamb or beef. Out of the oven, they are golden, crunchy and savory. Then, they are thrown into a broth lightly blushed with tomato and topped with a dollop of yogurt.

Dolma is made of meat or vegetables rolled up in fresh young grape leaves . It can also be stuffed in leaves of cabbage or edible greens if they wish.

Dolma or Tolma has different recipes and especially in summer it can be stuffed in tomatoes, eggplant or paprika.

Lahmajo widely known as Armenian pizza, when it’s done right, the crust is soft enough to fold but still crunchy around the edges. The meat mixture picks up heat from the spices and sweetness from chopped green and red bell peppers. Add a squeeze of lemon for a bit of tang, then double the fun by sprinkling on a mix of parsley and onion slices.

No plates or utensils are necessary. Just roll it up like a taco and eat it with your hands. It’s all the good stuff literally rolled into one—which is why everyone loves lahmajoun.

Gata is an Armenian pastry or sweet bread.There are many variations of gata in Armenia and typically specific towns or regions will have their own version.

One popular variety is gata with khoriz, a filling that consists of flour, butter and sugar. Gata can have other fillings such as nuts, most commonly walnuts. Some variations include placing a coin inside the dough before the gata is baked, and it is said that whoever receives the piece with the coin is to be blessed with good fortune.

A baked dough made with walnut, cinnamon, honey, cardamom, butter, and eggs.

What does it taste like: Nutty, sweet and incredibly delicious, this is considered a favorite dessert preparation across Armenia. Expect a rich combination of melted butter and honey as the topping.

The most popular and beloved bakhlava is usually made in Gavar, Gegharqunik province.

Harissa  is an Armenian dish. It is a thick porridge made from korkot (dried or roasted cracked wheat) and fat-rich meat, usually chicken or lamb. Herbs were substituted for meat in harissa when Armenian religious days required fasting and penance. The extremely long cooking process is an essential part of the harissa tradition. Like other ritual dishes, the time taken for preparation is part of its cherished value.

Khash (in Armenian Խաշ) is a tradititional Armenian dish. Basically it’s a soup. More precisely it’s a thick broth of cow’s feet. Usually it is enjoyed early in the morning. Before eating added salt and crashed garlic to taste. Khash is eaten with dried lavash (Armenian low callory flat bread) which is crumbled right into the plate.

Basturma is a highly seasoned, air-dried cured beef that is an integral part of Armenian cuisine.

Pumpkin stuffed with rice, dried fruits, nuts and honey – these are the ingredients for traditional Armenian ghapama. It has been a mandatory dish at any Armenian festive table since time immemorial. People loved it so much that they even composed a song about it. The dish is still cooked for New Years, Easter, weddings and birthday parties.